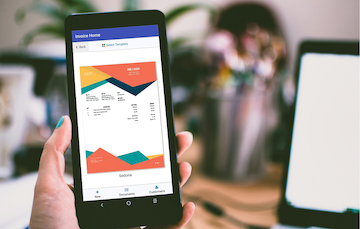 One of the nice things about living in the modern world is convenience. We have access to food without working on a farm or needing to hunt or scavenge for it. Honestly, we don’t even have to cook it anymore.

The YouTube channel, How to Make Everything, can help you realize that it’s important to appreciate the things that are so readily available to us. The whole channel is all about making modern objects from the raw ingredients. In one episode, he made a chicken sandwich for only $1500 in six months. As you can see, this process can be quite complicated, and many people in the developing world go without a lot of the conveniences that we enjoy in the developed world. However, things are changing, even as you read this.

Of course, in the US, where I live, convenience is a way of life. If we want a specific ingredient for our dinner tonight, we can just go down the road to find it. If your headphones break, you can go to the store and buy a new pair, or even order it online and have it delivered straight to your door. We have voice command assistants capable of doing our shopping for us. Not to mention we also have smart fridges which can take inventory of the contents inside and are capable of making a shopping list for you! So you don’t even have to go to the grocery store for your dinner ingredients, they could already be headed to your home.

Here, there are more than 2.6 billion --yes that’s with a b-- internet-connected devices in the US, with a population of just under 330 million! That’s 8 computers, TVs, game consoles, cars, fridges, and (mostly) mobile devices like laptops, tablets, and smartphones per person. Most Americans are never out of arm’s reach of at least one. In developed countries, we have choices on how we choose to connect to the internet. However, in developing countries, most homes don’t have a PC, or even a laptop, much less a smart toaster. The most abundant device is the smartphone.

For most small business owners and entrepreneurs in Europe and North America, there are options for how to bill others for your goods or services. We can print out an invoice to mail or hand to our customers. We can email a PDF or Excel file to a client for them to keep in their records and transfer the money over. Having a mobile app is a convenience for us. In the developing world, the situation is the exact opposite. This is one of the reasons we have focused on developing a company invoice template app for businesses and freelancers. Let’s look at how some markets are opening up to mobile commerce.

Nigeria, like many Sub-Saharan Nations, is mostly dependant on mobile for internet access. Because of this, e-commerce is growing. However, according to a European Alliance for Innovation report on e-Commerce in Africa, growth is slow. There are not enough protections in place for people engaging in internet based commerce. Economic and political instability, along with an unstable climate for international exchange, lead many people to lack trust in transnational trade (especially when dealing with multiple currencies).

The story is the same in Rwanda, Tanzania, Ethiopia, Côte d'Ivoire, and more. According to a World Bank Lead Economist, Wolfgang Fengler, because these countries have a growing population, stable (or stabilizing) governments, and high rates of urbanization, we could be looking at a “golden age of development in Africa.” With such a large and fast-growing population and economy, these parts of Africa are gaining substantial attention from every market sector. The prevalence of mobile-based internet means that, for the vast majority of the population moving into these cities, the internet is synonymous with smartphones. If they don’t want to pay for something with cash, then the safest, most secure way is with their phone. E-commerce in much of Africa is actually better classified as m(obile)-commerce.

Entrepreneurs and companies that embrace these changes are positioned for unprecedented growth. The potential for these businesses to have a major global impact is not to be underestimated. For example, a small business with only five employees right now in Lagos, Nigeria (the largest city in Africa and expected to soon be the largest in the world) could become a major international player in their market in the next 20 years. Our goal is to be there helping entrepreneurs to create a bill template so they can grow as global influencers.

Research out of Vardhman College shows that e-commerce and m-commerce in India are positioned for exceptional growth. Due to a focus on building broadband infrastructure, there has been an explosion in internet access in every industry, sector, and social class. People who were living in the digital dark ages only five years ago are now some of the fastest at embracing the potential of internet marketing.

With India poised to become the most populous country on the planet, and already is one of the fastest growing economies, the impact on e-/m-commerce cannot be understated. When paired with the economic growth of Bangladesh, the subcontinent is becoming an absolute economic juggernaut. With India’s new legal protections and guarantees, many are predicting an explosion of gig based work, freelancing, and small business growth. The entrepreneurial spirit is growing in both countries.

A generation ago, many families decided to take a risk in the increasingly urbanized and globalizing cities, leaving behind poverty, earning an education, and starting their own businesses. Their children are inheriting these small companies and expanding them into international influencers. We plan to be there alongside them, with an affordable means to create invoice forms for these businesses to bill for payment in an easy and secure way.

Southeast Asia is another region we are paying special attention to. The mobile data markets in these countries bring access to some of the largest populations in the world. Myanmar (Burma), Vietnam, and Cambodia have some of the fastest growing economies, while the stable economic city-states of Singapore, Hong Kong, and Macau are increasing their influence over the region. With the increase in sea-based trade to and from China, Indonesia and Malaysia are some of the biggest benefactors of this growth.

According to Hootsuite and We Are Digital’s report, Digital in 2018, some of the most daily usage and the largest growth in mobile data usage in the world is in Southeast Asia. The combination of these two creates a perfect opportunity to do business anywhere with an internet connection and frees business owners to expand as much as they desire. It is a top destination for digital nomads due to this abundance and a low cost of living.

Due to there being a lack of broadband in this region, many people are getting used to the idea of an internet that is only accessed through smartphones. All of their social media access, video streaming, and online shopping is done in the palm of their hands. So the idea of using an app to send and pay invoices is an opportunity many people are already taking advantage of.


It is because of our desire to help small businesses, entrepreneurs, and freelancers all over the world that we have focused our attention on developing our GPlay and App Store apps. Create a free account now and start invoicing wherever you are.